Kathy Ahlberg is an exercise fanatic, and at 49 years old was healthy had no family history of breast cancer.

Most women have one breast that is larger than the other, and Kathy was no exception.  One day her cat jumped on a particular spot on her larger breast and it really hurt.  “I felt a knot right where the cat landed,” said Kathy. Looking back, she noticed that her dog had been sniffing around that breast lately as well.

“When the pets called attention to that area of my breast, it made me also notice that it was even larger than normal,” stated Kathy.  She immediately went for testing and was diagnosed in March 2016 with Stage II breast cancer. 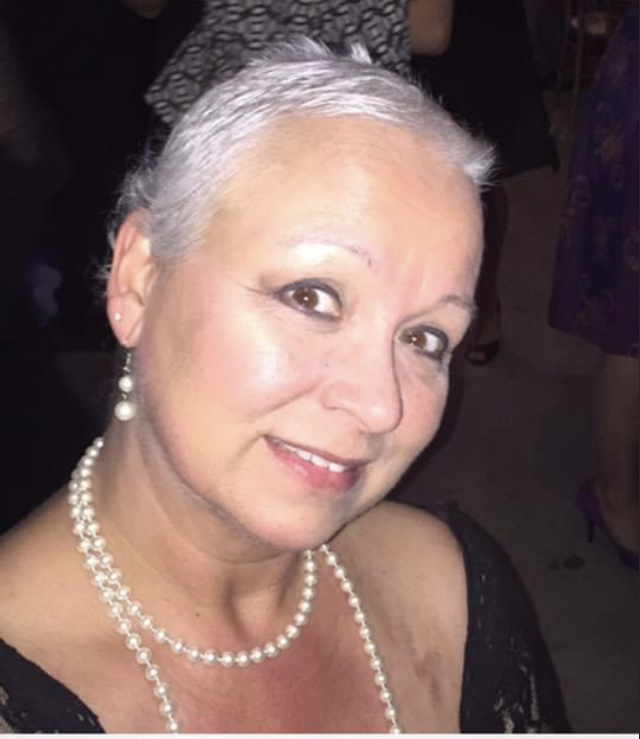 After consulting with a surgeon, they decided to go the route of breast-conserving surgery.  “I had a fairly new procedure called an oncoplasty with the breast surgeon and plastic surgeon in working together.  It was a 10-hour surgery, where they removed my lymph nodes, and were able to save tissue and my nipple.  I went from a DD to a B in that breast, so they went ahead and reduced my other breast to a B as well,” noted Kathy.

“I have all sensation after surgery, and with the reduction I have less neck, shoulder and back problems,” said Kathy.

She also had a test called an Oncotype DX breast recurrence score test, a genomic-based, comprehensive individualized risk assessment for early-stage invasive breast cancer.  “The test told me that I had a 36% of the cancer coming back, but with chemo and radiation treatment it would reduce my chances of recurrence to 18%,” said Kathy.  She did 5 months of chemotherapyfollowed by daily radiation for 2 ½ months.

“I feel like a success story,” remarked Kathy.   “I made it my mission to make my breast cancer journey about helping others to take the focus off myself.  At each step I had fundraisers for breast cancer charities—after surgery, when I got my hair cut off and when I finished radiation.  The day after my radiation was over we had a Halloween fundraiser with over 170 people there,” she said.   Kathy also had a hat drive and donated rides and meals to other survivors. In addition, she recently volunteered to sew several hundred masks from donated materials to be given to healthcare workers in need.

Through it all she was supported by her family, her church and even strangers.  “I’d be at a restaurant wearing my breast cancer hero cap, and people would buy my lunch.  It was amazing,” remarked Kathy.   She also kept up her workout schedule as best she could, and her sister made her healthy nutrition-packed smoothies that soothed her.

“I believe I stayed strong so I could be a witness for others,” said Kathy. Breast cancer is not a death sentence.

Kathy also kept her sense of humor throughout the process.  She shared her journey with a  friend of hers who is a hospice nurse.  “I would send her pictures and ask for advice,” said Kathy.  “One evening I got a text back from her telling me to quit sending her pictures of my breasts—she was trying to have dinner!” exclaimed Kathy.

“I also remember a time when I went to the FedEx store, and the cashier wouldn’t look me in the eye, but the employee behind her was going out of her way to look around the cashier to see me.  I wondered what was up, and when I went out to my car I looked in the mirror and my wig had slipped sideways so the part was over by my ear!”  Later on, a nice lady told her she needed to wear a net under the wig it to keep it from slipping.

When asked what advice she would give to other women, she said “Get your mammograms!  And pay attention to your dogs and cats.  They are magical creatures, and mine saved my life.”